In early 2009 Deborah created a partnership between Elks Lodge 2561 and Summit County Rotary to provide a free community meal to anyone who wishes to attend. The dinner continues to operate until the present. Fresh fruit, salad, meat, vegetables, beverages and dessert are part of every menu.  For many diners this is the one time a week they get fresh produce.   The focus is to assist Summit County’s homeless, unemployed, and underemployed populations, and anyone else who is financially struggling or suffering from food insecurity. Many participants, particularly children, walk to the Elks Lodge from low income apartments in the neighborhood.  Approximately 250 and 300 diners are served each week. Under Deborah’s continued involvement, with the help of a dedicated group of volunteers and financial support form Rotary and the community, 160,000 free meals have been served. 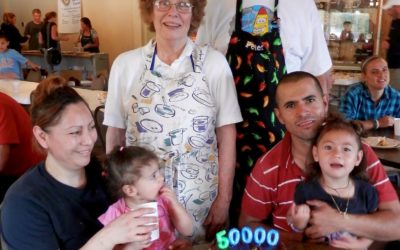 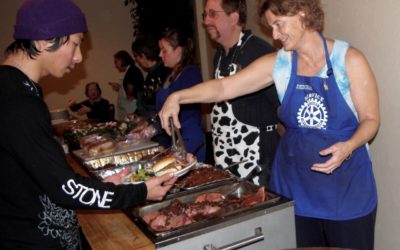 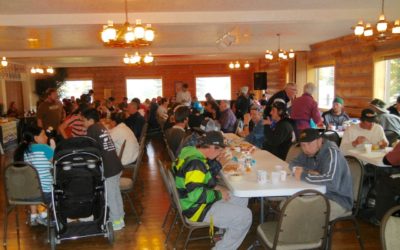 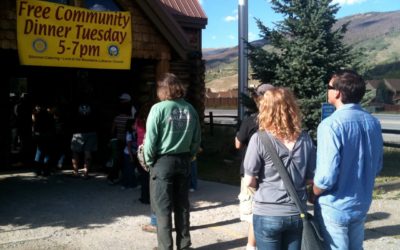 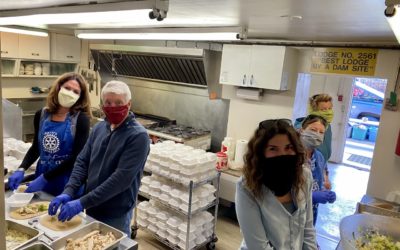 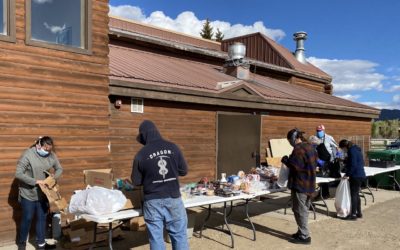 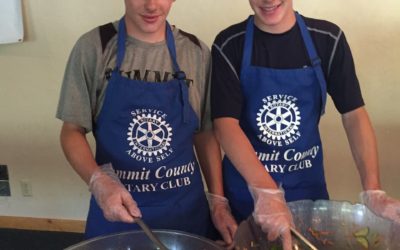 Treetop Child Advocacy Board of Directors 2020 to present

Deborah and Paul dedicated their adult lives to healing abused and neglected children. With the opening of Treetop (http://www.treetopcenter.org) shortly after Paul’s death it became important to Deborah to contribute to the efforts of Treetop.

India, Nepal 1998 – 2002
Toured orphanages sponsored by Maine Adoption Placement Services to ascertain level of care of children. Assessed specific children on behalf of their adoptive families prior to their travel home in the US. Discussed what specific things the orphanages needed to improve level of care……roof on dining room, van, crib mattresses, etc. The goal was to return to the US and fund raise for each orphanage among those families that had adopted from that orphanage, encouraging them to support the children that had not yet been adopted. 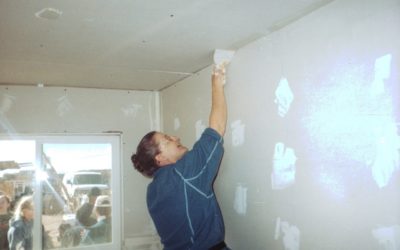 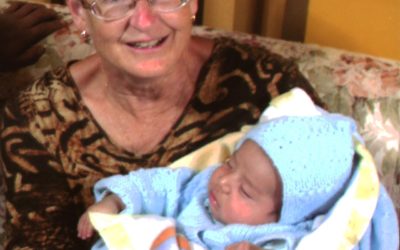 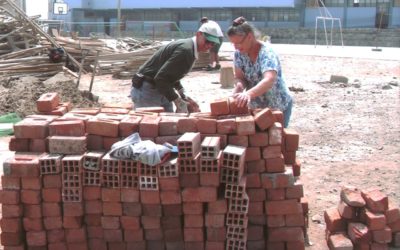 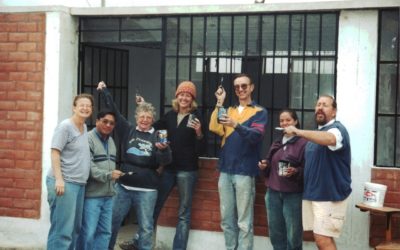 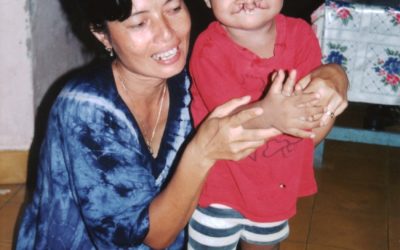 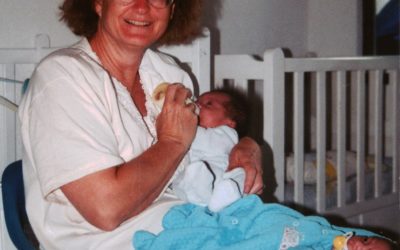 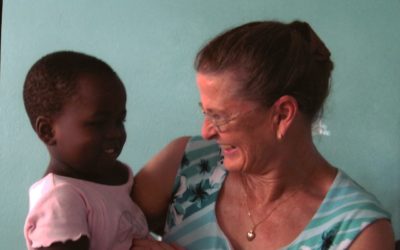 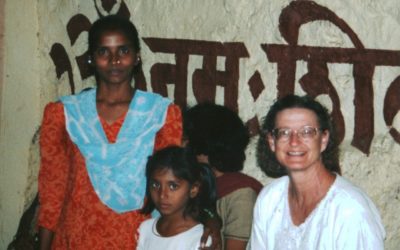 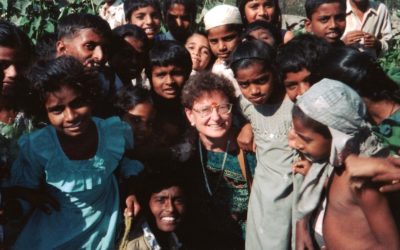 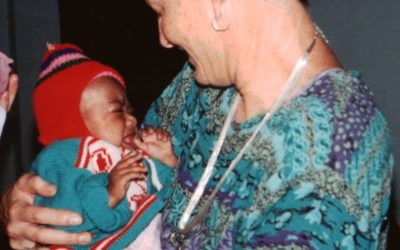 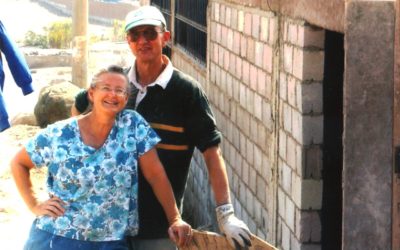 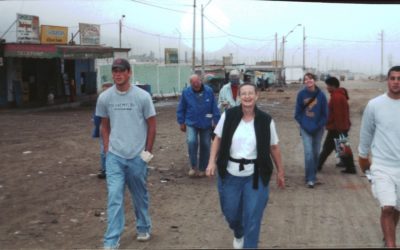 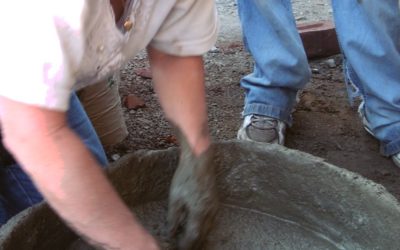 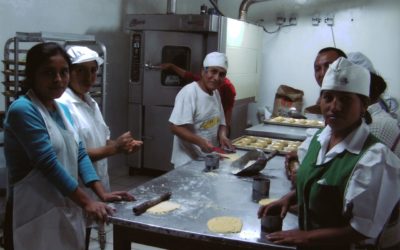 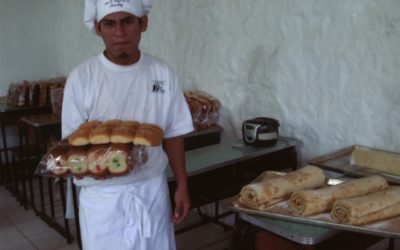 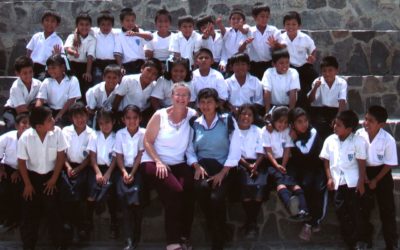 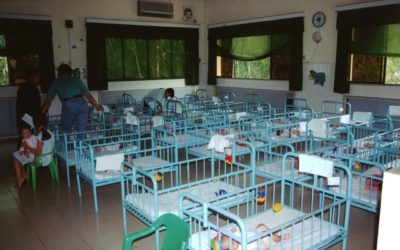 Guatemala 2001
Wanting to see first hand the difficulty of running an orphanage Deborah spent 3 weeks in a Guatemalan orphanage, working alongside staff. The experience was both heartening and disheartening.

Peru 2002 – 2012
Having visited Peru twice, in 1974 and 1978, to bring home their children, Deborah wanted to do more for Peru. During a MAPS trip to visit orphanages she was introduced to Father Jose Chuquillanqui, a priest in the slum of Manchay outside of Lima. He wanted to show her more than orphanages. She toured Manchay, visiting a shelter for abused women, schools, and clinics. Most captivating to Deborah was the shelter for abused women and their children, which had fallen into unusable disrepair. She told Father Jose she would raise the money for its renovation and return with volunteers. Six months later she returned with sufficient funds and volunteers to completely repair the shelter and prepare it for residents again. Following that successful effort, Deborah returned every year, sometimes two times a year, with money and volunteers to build and repair homes and facilities in Manchay. Thanks to her efforts:

After Deborah decided she needed to choose between working in Manchay and working in Jeremie, Haiti she turned the Manchay project over to Frank Bumpus. Frank created The Family of Mankind Foundation and has continued to build 3 – 4 homes every year.

Haiti 2004 – 2011
In an exploratory trip to Port au Prince, to determine if it would be beneficial to create an agency relationship with an orphanage in Haiti, Deborah was overwhelmed by the poverty and deep sense of helplessness and hopelessness. She returned to run an English speaking summer camp in an orphanage in Jeremie. Additionally, she supported Good Shepherd Home for homeless seniors, providing renovations, with the support of Rotary, to the facility and raising funds for a monthly stipend for food. She returned to Jeremie after the earthquake in 2010 to arrange for food and medical supplies for the orphanage, Good Shepherd Home and the hospital after supply lines to Port au Prince were disrupted.